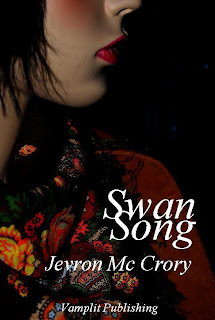 I have absolutely no idea why.

It's pretty shocking stuff frankly as, in the past, despite my early doubts about the actual relevance of blogs, I have found it a fairly useful way of keeping track of my plans and ideals for my work.

I guess I simply forgot to blog.

So I was thinking; what could be my new blog post be about?

2013 looks like it is here to stay so what does that mean for my writing? I decided to keep it honest and real, like a blog post should be.

I've come to the foregone conclusion that I'm a very lazy writer. Plain and simple.

Positive reviews for Swan Song continue to pour in (okay, trickle in), despite the title actually being homeless at present.

A few good online friends have been passing the novella onto like minded people and slowly, very slowly, it's finding it's audience, like I always hoped it would. Occasionally, I'll get some lovely words from a total stranger in my inbox, followed by 'I can't wait to read your next book' or 'So what else have you written?' It's always here I have to make an apology.

I do write. Just not very fast. And I have written a lot more than Swan Song. A LOT more! The problem lies in my inability to just sit down and WRITE! Basically, it boils down to discipline. Don't get me wrong, I LOVE writing once I've started. It's getting me to frigging start that's the problem.

Funny quote from Stewie to Brian :

'But you can't give up writing, Brian! It's the only thing that's giving your drinking credibility!' 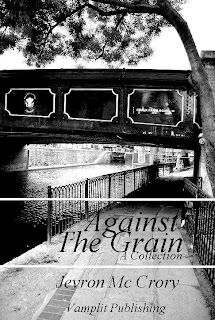 My second book, Hotel Nomad, continues to gestate as I pen it one page a smegging week and my notes for the other titles I have in mind are growing at an alarming rate.

I am still in contact with publishers and agents, that's something I am planning never to cease, and I do actually have some brand new material to release. A collection of twelve vampire themed short stories, already fully edited, entitled Against The Grain. It was due to be published at Swan Song's previous home; Vamplit Publishing. I even had a cover designed and waiting to go!

So here I am; way past a Friday night's witching hour, trying to ignore the shambling drunks that are loudly making their way home from O'Neils just outside my window, doing what I should be doing; writing.

I'm simply going to have to try and be harder on myself in future.

Forget the distractions (like a very addictive Red Dead Redemption on the X Box 360) and focus my energies on that which always pays back triple what you put in. It's that rewarding!

Bottom line; I love literature and ultimately, I can't imagine my life not creating it.

I won't fail those few who saw promise in Swan Song!

I won't allow my ideas to remain simply that, ideas!

I'll soldier on and make me proud. (It's only me I'm trying to impress anyway!)

She doesn’t grant interviews. She doesn’t pander to the press. No one has ever seen her outside of her musical arena.

He despises music. He loathes musicians. No one can stand to be in his company for more than a few moments.

Katrina and Lewis are damaged.

In the seedy underbelly of Camden, a unique North London habitat, they will find each other and their discovery will bring hope, redemption, pain, pleasure...

This is Swan Song.

Reviews of My Novel Swan Song